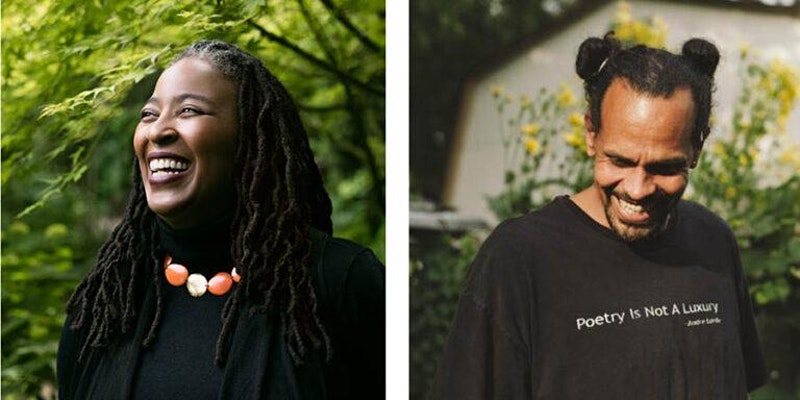 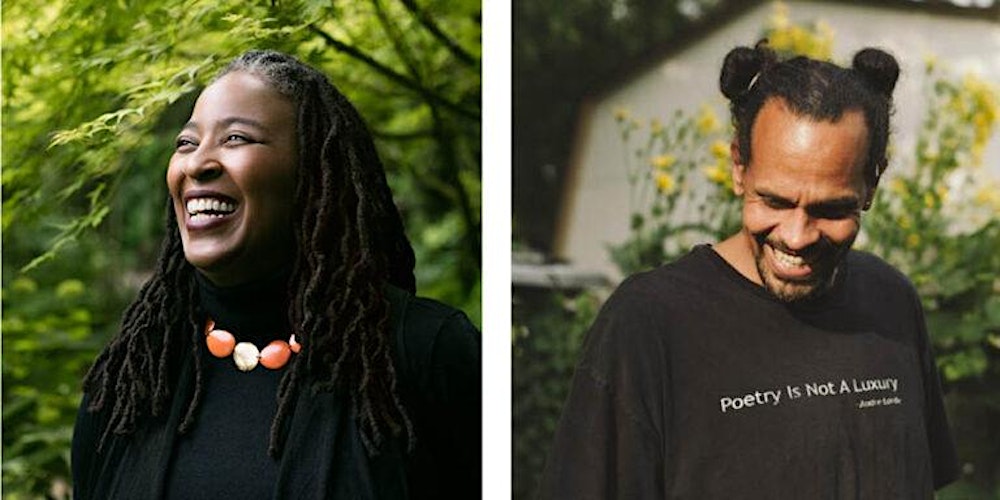 Please join us in welcoming two extraordinary poets to ARC’s virtual stage for readings and conversation: Camille T. Dungy and Ross Gay. In addition to four collections of poetry, Camille Dungy edited Black Nature: Four Centuries of African American Nature Poetry, the first anthology to focus on nature writing by African American poets. By using social and literary history to broaden our concept of nature poetry, Dungy challenged and changed that framework to include poets writing out of slavery, Reconstruction, the Harlem Renaissance, the Black Arts Movement, and late twentieth- and early twenty-first-century African American poetic movements. Ross Gay is interested in studying joy. His four books of poetry include the National Book Award winning Catalog of Unabashed Gratitude (2015), and his latest, Be Holding (2020), is the winner of the PEN /Jean Stein Book Award. Gay is also the author of the NYT bestselling collection of essays, The Book of Delights, and co-author, with Aimee Nezhukumatathil, of the chapbook Lace and Pyrite: Letters from Two Gardens. A long time gardener and advocate for cultivating community, Gay is a founding member of the food justice and joy project the Bloomington Community Orchard.

Camille T. Dungy is the author of four collections of poetry, most recently Trophic Cascade (Wesleyan UP, 2017), winner of the Colorado Book Award, and the essay collection Guidebook to Relative Strangers: Journeys into Race, Motherhood and History (W.W. Norton, 2017), a finalist for the National Book Critics Circle Award. Dungy has also edited anthologies including Black Nature: Four Centuries of African American Nature Poetry and From the Fishouse: An Anthology of Poems that Sing, Rhyme, Resound, Syncopate, Alliterate, and Just Plain Sound Great. A 2019 Guggenheim Fellow, her honors include NEA Fellowships in poetry (2003) and prose (2018), an American Book Award, two NAACP Image Award nominations, and two Hurston/Wright Legacy Award nominations. Dungy’s poems have been published in Best American Poetry, The 100 Best African American Poems, the Pushcart Anthology, Best American Travel Writing, and over thirty other anthologies. She is University Distinguished Professor at Colorado State University.

Ross Gay is the author of four books of poetry: Against Which; Bringing the Shovel Down; Be Holding; and Catalog of Unabashed Gratitude, winner of the 2015 National Book Critics Circle Award and the 2016 Kingsley Tufts Poetry Award. His new poem, Be Holding, was released from the University of Pittsburgh Press in September of 2020. His collection of essays, The Book of Delights, was released by Algonquin Books in 2019. Ross is also the co-author, with Aimee Nezhukumatathil, of the chapbook “Lace and Pyrite: Letters from Two Gardens,” in addition to being co-author, with Rosechard Wehrenberg, of the chapbook, “River.” He is a founding editor, with Karissa Chen and Patrick Rosal, of the online sports magazine Some Call it Ballin’, in addition to being an editor with the chapbook presses Q Avenue and Ledge Mule Press. Ross is a founding board member of the Bloomington Community Orchard, a non-profit, free-fruit-for-all food justice and joy project. He also works on The Tenderness Project with Shayla Lawson and Essence London. He has received fellowships from Cave Canem, the Bread Loaf Writer’s Conference, and the Guggenheim Foundation. Ross teaches at Indiana University.

This event is part of the Arts Research Center’s Poetry & the Senses program, a two-year initiative (Jan 2020 – Dec 2021) that explores the relevance and urgency of lyrical making and storytelling in times of political crisis, and the value of engaging the senses as an act of care, mindfulness, and resistance. Funded by the Engaging the Senses Foundation.

As a think tank for the arts at UC Berkeley, ARC acts as a facilitator and connector between campus and the many flourishing regional poetry communities. For more information, visit arts.berkeley.edu